[« Inaccurate Silly Quizilla Type Thing:] [More from the "So True It May Not Be Funny" Department: »]


Showing this article -- Furby has `evolved,' but it still won't help clean your room -- to my daughter, Cory.

Remember Furby? You may have gotten one for Christmas in 1998, when the first bird-beaked, big-eared creatures were introduced.

They were cute in a creepy way, and became a big hit--more than 40 million were sold. The toy was discontinued in 2000, but loads of Web pages devoted to Furby sprung up, including numerous hacking sites, and even a Furby plastic surgery site.

Now Furby is back, and it has "evolved." Bigger, and with six times the memory, Furby also is more lively, thanks to advanced voice recognition and new robotic technology Hasbro calls Emototronics. 

Now, Im going to have to search through endless toy bins in the crawl space to find one of these techno-critters for her to play with. And Yipesthese things NEVER shut UP.

[And as a funny aside, scared the crap out of our movers when they picked up a packed box and it began Singing in furbish!!! LOL]

Now, you tell me whether the Furby doesnt look like My Chinchilla- Chin-Ho. 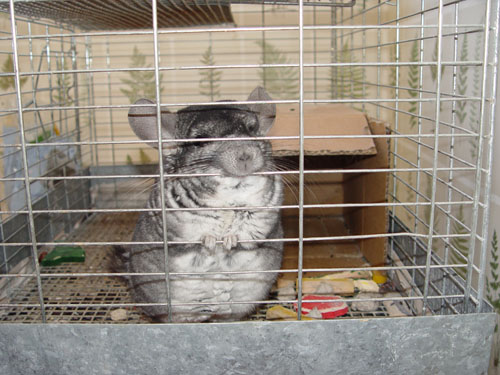 Len's sidebar:
About Len (The uncondensed version)
Memorial to a dear friend
Frederick W. Benteen
The Web of Leonards
The St. Louis Cardinals
The Memphis Redbirds
The St. Louis Browns
The Birdwatch
Hey! Spring of Trivia Blog
BlogMemphis (The Commercial Appeal's listing of Memphis blogs)
The Guide to Life, the Universe, and Everything
George Dubya Bush Blows
asshat.org (be sure to refresh your window for more "wit and wisdom" from Our Beloved Leader)
Taking the Fight to Karl
Kraftwerk: Chicago, 6/4/2005
My Chicago: Part One
My Chicago, Part Two
Millennium Park
Miscellaneous Chicago
Busch Stadium Tour and BoSox/Cards Game: 6/6/2005
St. Louis Cardinals Hall of Fame Museum